When exoplanets pass in front of their host star (as seen from Earth), a portion of the start light is blocked out and a decrease in the photon flux is measured. Measuring the change in flux over time, allows for the creation of a light curve. Fitting models to the light curve, various characteristics such as orbital motions and atmospheric composition can be extracted. Both the size of the host star and the planet will determine the decrease in flux during the transit. The orbital distance between the exoplanet and its host star does not affect the transit depth due to the enormous distance from Earth.

The transit method is particularly useful for calculating the radius of an exoplanet. To first order (assuming the stellar disc is of uniform brightness, and neglecting any flux from the planet) the ratio of the observed change in flux,

, to that of the stellar flux

can be expressed as:

are the planetary and stellar radii respectively. As described below, limb-darkening will have an affect on the transit light curve, but to first order, the equation above holds.

The total transit duration is heavily dependent on the impact parameter

, which is defined as the sky-projected distance between the centre of the stellar disc and the centre of the planetary disc at conjunction* and is shown in Fig. 1**. Assuming a circular orbit the impact parameter is expressed as: 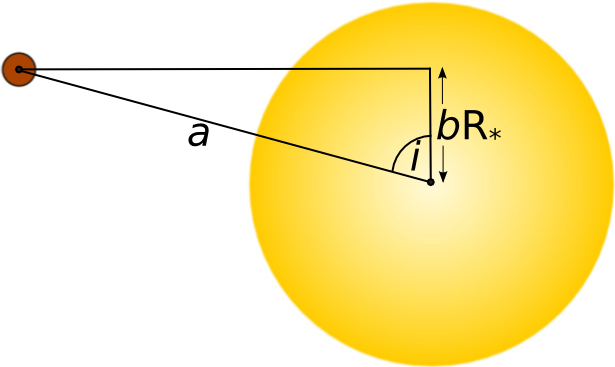 centre of stellar disk with

being on the cusp of the disc.

, defined as the time during which any part of the planet obscures the disc of the star, depends on how the planet transits the host star. If the exoplanet crosses the centre of the stellar disc (

), the transit duration is the longest with

signifying a shorter transit duration. With the help of Fig. 2 and using Pythagoras’s theorem, the length the planet has to travel across the disk of the star can be expressed as, 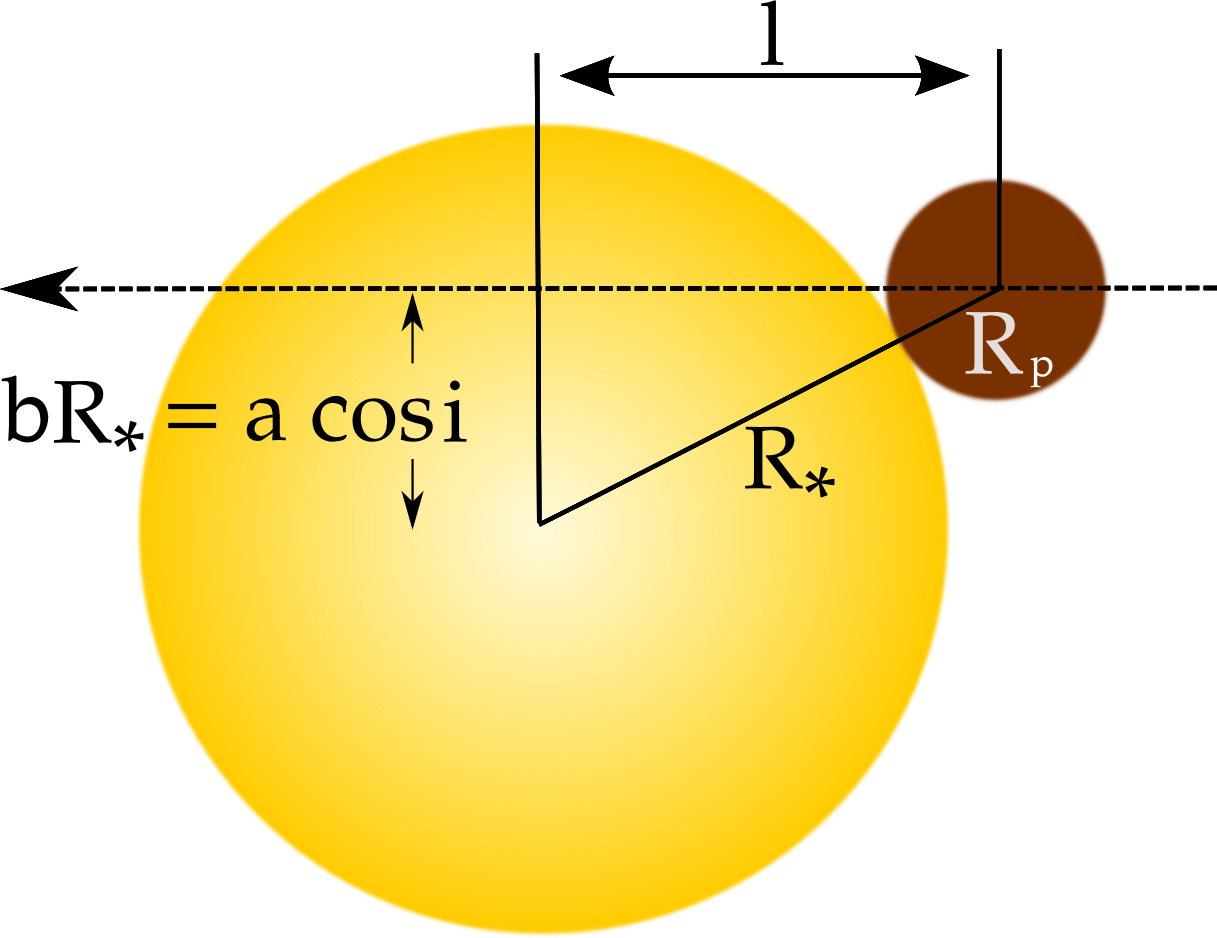 Fig. 2: Star-planet geometry showing the distance traversed by the planet,

, impact parameter of the system,

and the stellar and planetary radii,

With the aid of Fig. 3, the exoplanet moves from

around its orbit, creating an angle

(measured in radians) with respect to the centre of the host star.

Fig. 3: The orbital geometry of a transiting exoplanet system showing the projected distance travelled across the surface of the star,

this geometry forms, with the inclination,

With the assumption of a circular orbit, the distance around an entire orbit is

, where a is the radius of the orbit. The arclength between points

and the distance along a straight line between

and the centre of the star,

an expression of the full transit duration.

The Effects of Limb Darkening:

) and the radiation is less intense causing the apparent darkening. Fig. 4: Limb darkening of a star showing how the intensity and temperature diminishes as an observer looks towards the limb of the star.

The limb darkening effect is largest at short wavelengths where a highly rounded light curve is observed. For longer wavelengths the effect is less severe and the centre of the transit takes on a flatter shape (see Fig. 5). (orange) using a tunable filter with a width of 12 Å. Observations at shorter wavelengths result in a deeper and narrower transit.

Radial velocity observations provide information about the minimum mass, of

, assuming the stellar mass is known. To constrain the actual mass of an exoplanet, the orbital inclination,

, has to be measured. This is done by fitting a analytical transit light curve to the data using the transit equation of \cite{mandel02}. A transiting exoplanet which has an impact parameter

, will have a shorter transit duration, a shallower transit depth and longer ingress and egress times. This is seen in Fig. 6 where the effects of varying intervals, with the shallowest light curve corresponding to

* Conjunction: The point in the orbit where two objects are most closely aligned, as viewed from Earth
** The figures and derivations are adapted from “Transiting Exoplanets”, by Carole A. Haswell.

on The exoplanet transit method.