Monitoring the variability of condensate clouds in brown dwarfs atmospheres

I led the largest and most uniform ground-based search for photometric variability in the atmospheres of L & T brown dwarfs. I addressed the important question of which brown dwarfs show variability and whether this variability is concentrated at the L-T transition.

My work resulted in the detection of several new variable brown dwarfs which allowed us to conclude that: Although the presence of patchy clouds likely cause much of the observed variability, especially at the L-T transition, it can only be partly responsible for the observed brown dwarf variability. This is conclusion was reached as my results show that a number of variable brown dwarfs were detected outside this transition where patchy clouds are unlikely to exist (Wilson et al. 2014b).

Why not check out some of my other research? 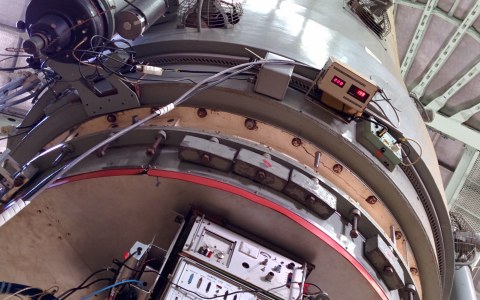